TOKYO--(뉴스와이어) 2019년 11월 20일 -- London, New York, Tokyo and Paris were again named the world’s most comprehensively attractive cities, in that order, in the Global Power City Index (GPCI) 2019 report published by The Mori Memorial Foundation’s Institute for Urban Strategies, a research body established by Mori Building, a leading urban developer in Tokyo. Since 2008, the annual GPCI report has been ranking 40 or more major cities in terms of “magnetism,” or overall power to attract creative individuals and enterprises from around the world. Cities are rated in terms of 70 indicators in six categories (functions): Economy, R&D, Cultural Interaction, Livability, Environment and Accessibility. In an effort to deal with changes in the conditions surrounding global cities, the GPCI is continuously improving its indicators and data-collection methods.

Amidst increasing opacity in the global economy and rising awareness of environmental issues, London saw its comprehensive score fall after eight years of holding onto the top position in the GPCI. Although the scores of New York, Tokyo and Paris all decreased for their own reasons, the degree of Tokyo’s fall widened its gap with New York, although the gap between Tokyo and Paris narrowed. Paris continued to move forward following its successful bid in 2017 to host the 2024 Olympic Games, overcoming a previous downtrend following the city’s 2015 terrorist attack.

A large number of challenging events occurred or continued to occur in 2019, such as U.S.-China trade friction, the UK’s intended withdrawal from the EU and protests in Hong Kong. Noticeable effects on GPCI 2019 scores included Beijing and Shanghai’s sluggish “GDP Growth Rates” and London’s falling number of “World’s Top 500 Companies.” Hong Kong will likely feel the effects of its political unrest in the GPCI 2020.

· London (#1), marked a decrease in “Nominal GDP” and “World’s Top 500 Companies,” perhaps due to confusion surrounding the Brexit negotiations. Nevertheless, the city still possesses superior strengths overall, with 12 of its 16 indicators in Cultural Interaction placing in the top 5.

· New York (#2) kept first in the Economy and Research & Development categories, earning high scores for “Nominal GDP” and “Number of Researchers.” Both “Availability of Skilled Human Resources,” and “Number of Foreign Residents” under Cultural Interaction, showed falling trends due to human talent shifting to other cities.

· Tokyo (#3), despite a drop, remained in third. Although Beijing (#24) overtook Tokyo due to improvement in “Political, Economic and Business Risk,” Tokyo’s Cultural Interaction scores have increased, as the Olympic Games are coming soon. Tokyo scored well in “Attractiveness of Dining Options,” while “Number of Museums” and “Nightlife Options” were low, indicating a need for more attractive tourist elements.

· Paris (#4), following a drop in score after the 2015 terrorist attacks, received improved scores in “Number of Foreign Visitors” and “Number of Murders.” Competition between Paris and Tokyo to boost urban power is anticipated as the two cities prepare to host the Olympic Games in 2024 and 2020, respectively.

· Singapore (#5) proved to be a stable city, ranking 1st in “Political, Economic and Business Risk,” and 2nd in “Economic Freedom.” Singapore still retains its high score in “Number of Foreign Visitors” and “Number of Foreign Residents,” as Asia’s leading international hub.

· Amsterdam’s (#6) popularity as a destination for entertainment was reflected, ranking 3rd in the newly added “Nightlife Options” indicator, followed by London and Bangkok (#40). Seoul (#7) scored well in Research & Development, landing in the top 10 in five of eight indicators. Along with other Asian cities such as Taipei (#39) and Hong Kong (#9), Seoul scored highly in “Waste Recycle Rate.” Berlin (#8) performed well as a livable city with a strong art and culture scene. Along with Madrid (#13), it was in the top 10 in Livability thanks to Cost of Living and Ease of Living indicator groups. Hong Kong (#9) retained excellent scores in “Economic Freedom” and “Political, Economic and Business Risk.” Sydney (#10) was the only top-10 city overall to score in the Environment top 10. It is also an educational destination, ranking 3rd among all cities for “Number of International Students.”

· The North American cities Los Angeles (#12), Boston (#25), Chicago (#26) and San Francisco (#18) were strong in “Winners of Prizes in Science and Technology,” all placing in the top 10 in Research and Development. Toronto (#16) and Vancouver (#23) achieved high scores across most indicators, especially in “Social Freedom and Equality” and “Economic Risk of Natural Disaster.” 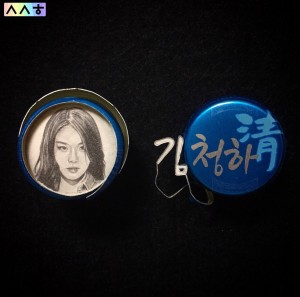