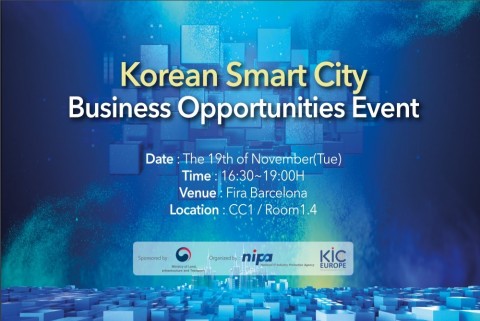 ‘Korean Smart City Business Opportunities Event’, held by the Ministry of Land, Infrastructure and Transport and supported by National IT Industry Promotion Agency and KIC Europe, will be held in Barcelona, Spain, on the 19th, during ‘2019 SCEWC’.

‘Korean Smart City Business Opportunities Event’, held by the Ministry of Land, Infrastructure and Transport and supported by National IT Industry Promotion Agency and KIC Europe, will be held in Barcelona, Spain, on the 19th, during ‘2019 SCEWC’.

This event is a global company attraction program for Sejong-si and Busan-si, both of which are promoting their images as Korea’s smart cities. This event was first held in Korea in September (2019 WSCE World Smart City Expo) and second in London, UK on the 30th of October. The event being held during ‘2019 SCEWC’ is the third in line.

Smart city model complex is a public and corporate project, which has the following objects: development and spread of technologies for the 4th industrial revolution; provide a solution to city problems; improve quality of life; and create an innovative business environment. Sejong-si and Busan-si have been selected as two model cities in which this smart city project will be realized.

The event will try and attract attention of global companies within the model city through smart city national model city introduction and outlining the support provided for global companies. Also, various promotions will be held in place so that such companies can work with domestic companies as well.

This event is for more than 50 Europe smart city core/IT related institutions and groups, who has the smart city technology/services and are participating in ‘2019 SCEWC’.

Main agendas include the developmental direction of smart cities, focused around Sejong-si and Busan’s Echo Delta city, focus areas and other master plans, which will be revealed in the event.

Sejong Smart city’s plan will include AI-based mobility healthcare and other 7 services that can change the lives of its citizens. The Sejong MP will explain, under the theme of city space, an optimized city for realization of various services. 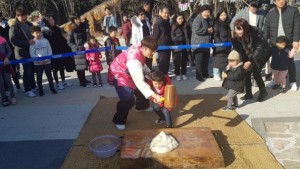